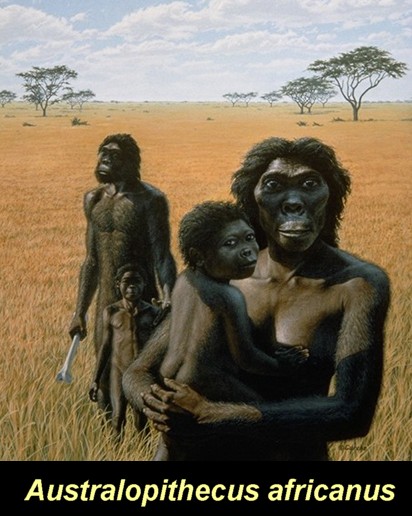 Modern evolutionary scientists believe and teach that humans first evolved in Africa from ape-like ancestors. The chimp-like Australopithecus, thought to be among the earliest human ancestors, evolved some 4 million years ago. They had brains no bigger than a chimpanzee’s, and their hands and feet and semi-circular canals in their skulls were all most similar to tree-climbing chimps today (Link).  Yet, for some reason they are still believed to be the ancestors of mankind… mostly because there simply was no other more reasonable option for proposed human evolutionary ancestry. The artist illustration of an Australopithecus family (to the right) is highly misleading… 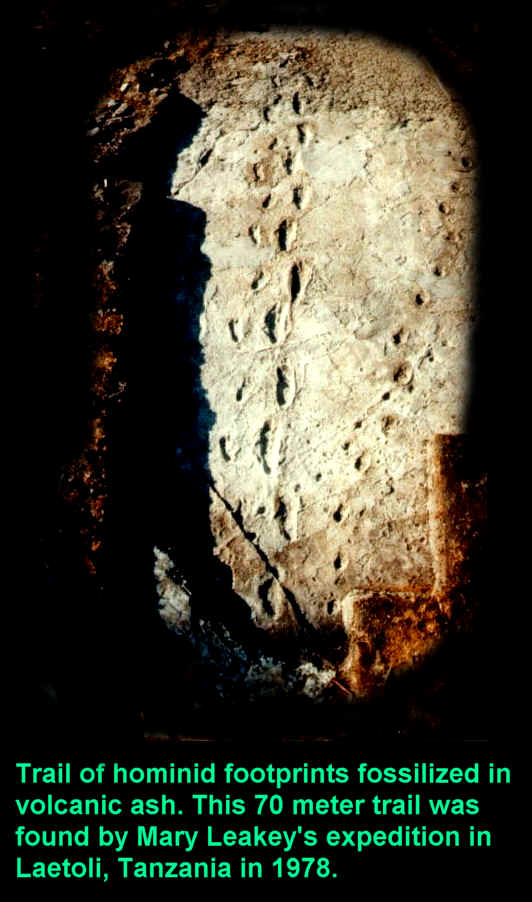 Additional problems for this story include a long-known fact that modern human footprints have been found in the same layers as the Australopithecine remains, dating some 3.6 million years old (the Laetoli Footprints)… which poses a problem since Australopithecines did not have human-like feet, but feet like tree-climbing chimps.

Now, it turns out, that actual human footprints have been found outside of Africa, in Crete of all places, dating at 5.7 million years old (The age of the footprints were analyzed using foraminifera, a method to analyze marine microfossils, as well as the position of the prints in the sedimentary layer where they were found which were dated by radiometric dating techniques – Link). This makes these footprints quite a bit older, by the dating methods used, than the supposed human ancestors in Africa that had yet to evolve detectably beyond what would today be recognized and nothing more than a tree-climbing chimp. The prints were originally discovered by Polish Geological Institute paleontologist Gerard Gierlinski, while he was on a Crete vacation in 2002. The prints have undergone over a decade of study since then. “The unique shape of the footprints found in Crete reflect a foot that supports upright-standing human beings. The long sole, short toes, one big toe, distinctive foot ball, and absence of claws of this print are undeniably human. If this was a print of a great ape it would more likely resemble a human hand.” (Link)

The most reasonable conclusion is, of course, that all of these creatures lived at the same time… and that these sedimentary layers are not records of millions of years of time and evolution, but of shortly-spaced events in the geologic record. 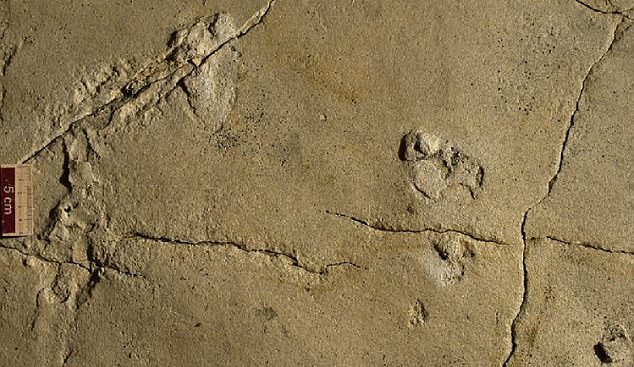 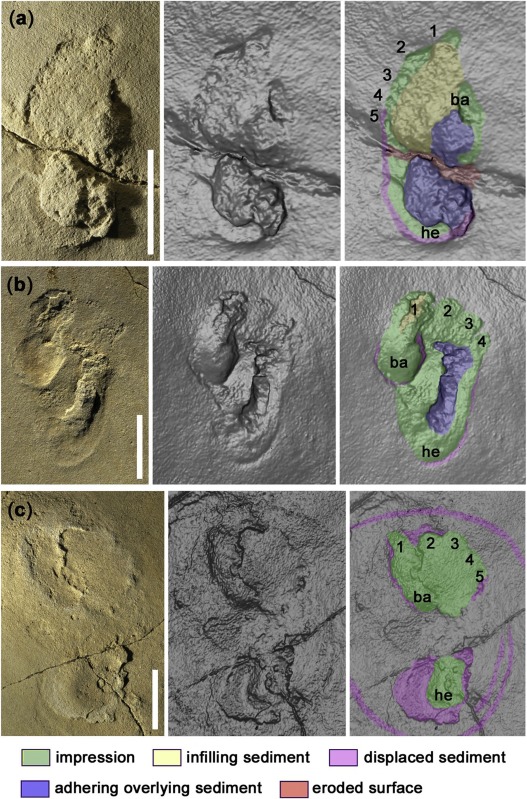