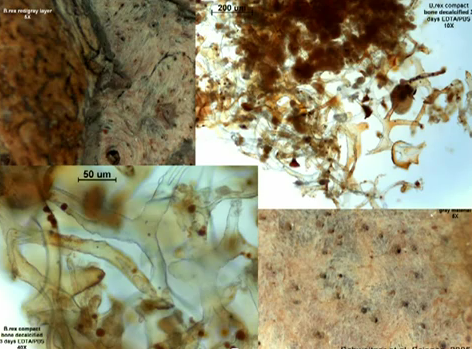 Until 2005, scientists believed that soft tissues, proteins, and DNA molecules could not survive beyond a hundred thousand years or so at ambient temperatures due to the rapid nature of the decay of these molecules due to various decay mechanisms – including the inevitable effects of kinetic chemistry (where vibrating molecules gradually rearrange themselves and degenerate over time).

Then, in 2005, Mary Schweitzer shocked the scientific community, and gained worldwide attention, for her discovery of what appeared to be elastic soft tissues, blood vessels, blood cells, and other types of cells within dinosaur bones dating tens of millions of years old (Link). Of course, at the same the scientific community was very skeptical of this discovery, suggesting that perhaps what appeared to be soft tissues where actually nothing more than “biofilms” produced by modern bacterial contamination.  So, Schweitzer went on to test these tissues for contamination and produced very convincing evidence that these tissues were, in fact, original dinosaur soft tissues.  Protein fragments were actually sequenced by Schweitzer (actin, tubulin and histone4 to be specific), leaving little doubt that these proteins were, in fact, original to the dinosaur in which they were found (Link). Beyond this, there was also evidence of fragments of dinosaur DNA that were discovered sometime later in 2013 (Link). 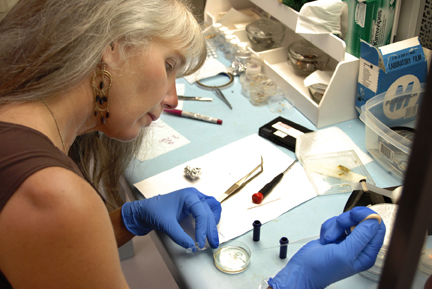 Of course, these discoveries presented a serious problem for evolutionary biologists because the original science of rapid soft tissue, protein, and DNA decay remained as a challenge to the radiometric dating of these dinosaur remains as being many tens of millions of years old.  On top of this, significant quantities of radiocarbon were being detected in these dinosaur soft tissues as well, which also could not be there at all after less than 100k years (Link). Creationists were quick to point out these problems and the weakness of the responses from evolutionary scientists trying to explain how original dinosaur soft tissues, proteins, and even fragments of DNA, could actually be preserved for such vast periods of time (Link).

Evidently creationists weren’t alone here. Scientists from Chicago’s prestigious Field Museum of Paleontology put together a team of 19 paleontologists from a dozen institutions in the US, Canada, Britain and China to research this question (Link). A few months ago, the paper on their findings was published – bringing back the original claims of “biofilm” contamination as the best explanation for these dinosaur remains after all (Saitta, et. al., June, 2019).

So, what were some of the key arguments in favor of bacterial contamination? 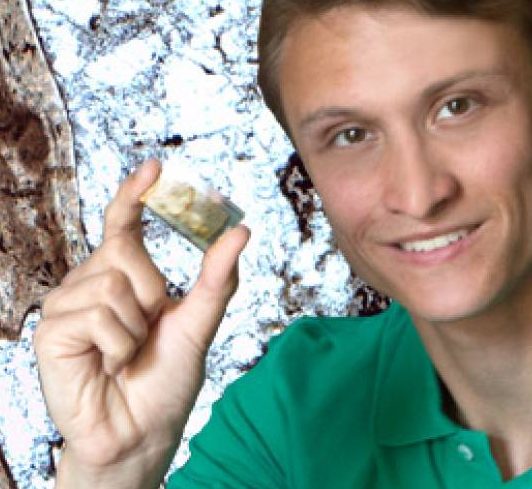 “We found non-radiocarbon dead organic carbon, recent amino acids, and DNA in the bone—that’s indicative that the bone is hosting a modern microbial community and providing refuge,” Saitta says.

“DNA breaks down over time and isn’t stable enough to stay intact for millions of years. And while proteins, the molecules in all living things that give our bodies structure and help them operate, are more stable, even they might not be able to survive over tens or hundreds of millions of years.”

Again, these observations are very similar to the ones forwarded by creationists. So, contamination has to be the answer – or else these bones really aren’t that old…

So, is there any other evidence supporting the contamination argument?

Here, it seems as though the particular dinosaur bone chosen to be evaluated for contamination did in fact harbor bacterial proteins.  Still, how does this counter the abundant evidence provided by Schweitzer and others of original dinosaur soft tissues and proteins? – with actual sequencable protein and even DNA sequences that are not bacterial in origin?

This is why Schweitzer remains so confident in her original findings: 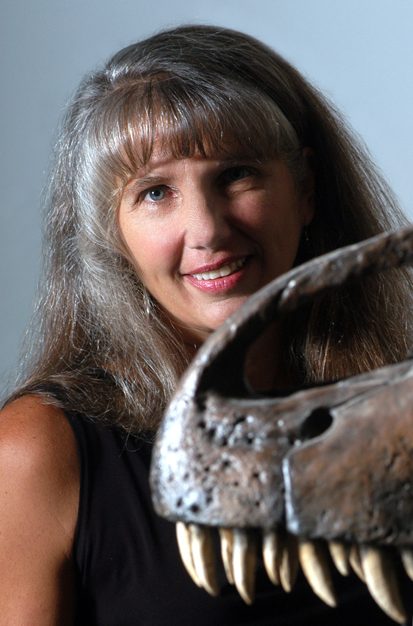 “I’m pretty confident in my data,” Schweitzer says. She’s been aware of Saitta’s paper since he uploaded a preprint to BioRxiv last year. She points out that her data came from multiple fossils, so the findings weren’t some fluke artifact. These new findings are another part of a debate that is playing out in the literature and can sometimes feel personal, Schweitzer admits, adding she’s worried that some criticisms of her rather than her work could ultimately hurt the field by dismissing valid results without enough evidence to justify it.

Schweitzer has continued with her research on studying biomolecules in fossils and coauthored a recent review article (Proteomics J. 2019, DOI: 10.1002/pmic.201800251) that proposes criteria for assessing the presence of endogenous biomolecules in ancient fossil remains, as well as appropriate controls and validation techniques.

Reisz also continues to support the claim that dinosaur fossils can contain fragments of original dinosaur proteins. He points out that everyone in the field acknowledges that microbes exist in these fossils. After all, microbes are everywhere. He also argues that the new findings from Saitta’s team do not adequately address all of Reisz’s findings, such as the fact that the proteins he found were in specific structures in fossilized bone where scientists would expect to find those proteins.

So, the original question remains – don’t such original soft tissue remains, including intact proteins and fragments of DNA, as well as high levels of radiocarbon, strongly suggest that these remains are actually far far younger than standard radiometric dating methods would otherwise suggest?