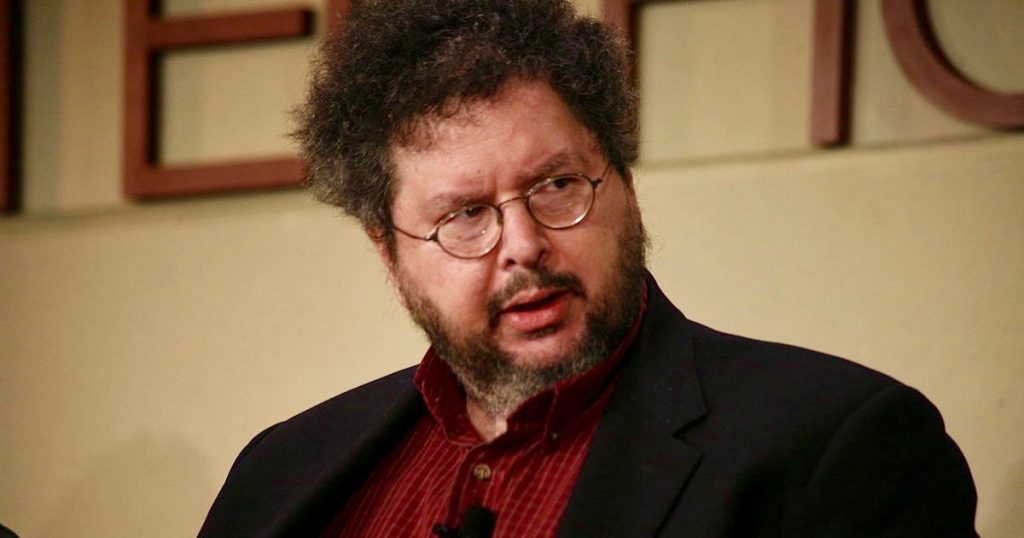 David Gelernter is professor of computer science at Yale University, chief scientist at Mirror Worlds Technologies, and member of the National Council of the Arts – famed both for his specific scientific expertise, and for his cultural, political, and historical reflections, he’s also now a confessed skeptic of the Darwinian story of origins. While he still seems uncomfortable with the most popular opposing idea of intelligent design, or at least its religious implications, he is personally convinced that the Darwinian story of origins is clearly bankrupt.

In a recent essay (Posted: May 1, 2019 ) in the new issue of The Claremont Review of Books, “Giving Up Darwin,” he credits reading Stephen Meyer’s book Darwin’s Doubt as the primary cause of his rejecting neo-Darwinian evolution, a “brilliant and beautiful scientific theory” but one that’s now been overtaken by science. The problem is that, as Huxley once pointed out, a beautiful scientific theory can be destroyed by just one “ugly fact.” (Thomas Henry Huxley, Presidential Address at the British Association (1870); “Biogenesis and Abiogenesis”, Collected Essays, Volume 8, p. 229.)

Its beauty is important. Beauty is often a telltale sign of truth. Beauty is our guide to the intellectual universe—walking beside us through the uncharted wilderness, pointing us in the right direction, keeping us on track—most of the time. 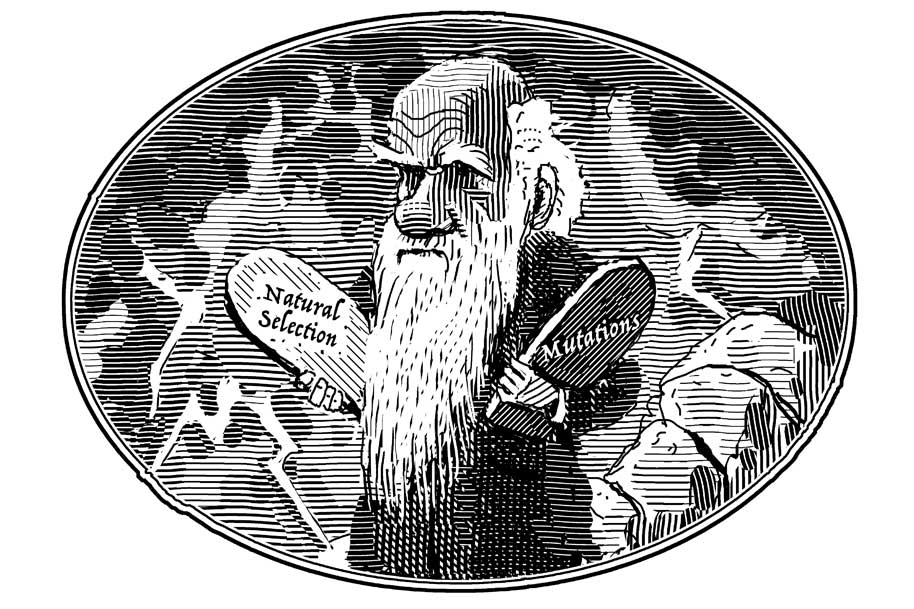 Darwin’s main problem, however, is molecular biology. There was no such thing in his own time. We now see from inside what he could only see from outside, as if he had developed a theory of mobile phone evolution without knowing that there were computers and software inside or what the digital revolution was all about…

Neo-Darwinianism says that nature simply rolls the dice, and if something useful emerges, great. Otherwise, try again. But useful sequences are so gigantically rare that this answer simply won’t work…

But what about Intelligent Design?

An intelligent designer who interferes repeatedly, on the other hand, poses an even harder problem of explaining why he chose to act when he did. Such a cause would necessarily have some sense of the big picture of life on earth. What was his strategy? How did he manage to back himself into so many corners, wasting energy on so many doomed organisms? Granted, they might each have contributed genes to our common stockpile—but could hardly have done so in the most efficient way. What was his purpose? And why did he do such an awfully slipshod job? Why are we so disease prone, heartbreak prone, and so on? An intelligent designer makes perfect sense in the abstract. The real challenge is how to fit this designer into life as we know it. Intelligent design might well be the ultimate answer. But as a theory, it would seem to have a long way to go.

It seems to me that these questions make a lot more sense, from the Intelligent Design perspective, given the Biblical explanation of an idyllic beginning that was undermined when sin entered this world and gradually destroyed, and is continuing to destroy, the perfection that God had originally intended and created… 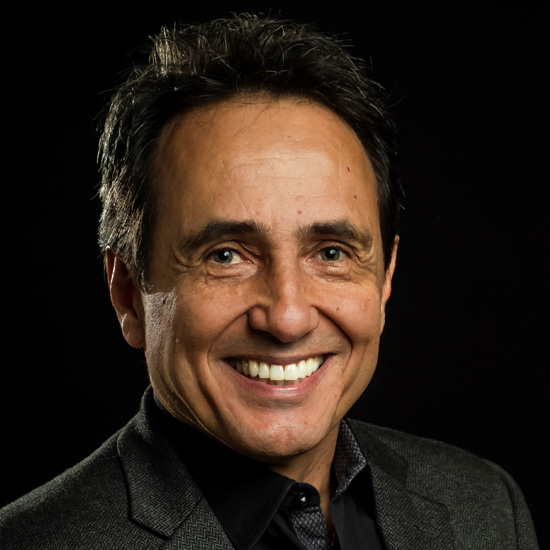 Along these lines, it is also interesting to note that Nobel Prize-winning scientists have recently endorse chemist Marcos Eberlin’s case for intelligent design, argued in his brand new book Foresight: How the Chemistry of Life Reveals Planning and Purpose. From the reviews of the book:

“I am happy to recommend this to those interested in the chemistry of life. The author is well established in the field of chemistry and presents the current interest in biology in the context of chemistry.”—Sir John B. Gurdon, PhD, Nobel Prize in Physiology or Medicine (2012)

“An interesting study of the part played by foresight in biology.”—Brian David Josephson, Nobel Prize in Physics (1973) 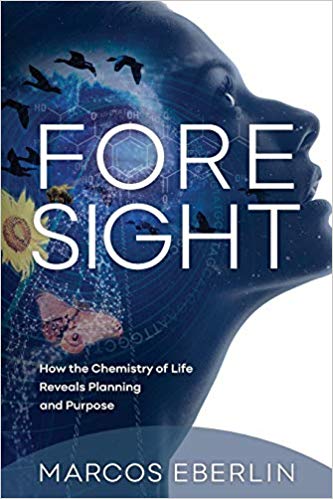 “Despite the immense increase of knowledge during the past few centuries, there still exist important aspects of nature for which our scientific understanding reaches its limits. Eberlin describes in a concise manner a large number of such phenomena, ranging from life to astrophysics. Whenever in the past such a limit was reached, faith came into play. Eberlin calls this principle ‘foresight.’ Regardless of whether one shares Eberlin’s approach, it is definitely becoming clear that nature is still full of secrets which are beyond our rational understanding and force us to humility.”—Gerhard Ertl, PhD, Nobel Prize in Chemistry (2007)

“Foresight provides refreshing new evidence, primarily from biology, that science needs to open its perspective on the origin of living things to account for the possibility that purely natural, materialistic evolution cannot account for these facts. The book is written in an easy-to-read style that will be appreciated by scientists and non-scientists alike and encourages the reader to follow the truth wherever it leads, as Socrates advised long ago.”—Michael T. Bowers, PhD, Distinguished Professor, Department of Chemistry and Biochemistry, University of California Santa Barbara

“In his newest book, Foresight, award-winning and prominent researcher Prof. Marcos Eberlin cogently responds to crucial questions about life’s origin, using an arsenal of current scientific data. Eberlin illustrates his points with varied examples that reveal incredible foresight in planning for biochemical systems. From cellular membranes, the genetic code, and human reproduction, to the chemistry of the atmosphere, birds, sensory organs, and carnivorous plants, the book is a light of scientific good sense amid the darkness of naturalistic ideology.”—Kelson Mota, PhD, Professor of Chemistry, Amazon Federal University, Manaus, Brazil

“Eberlin brilliantly makes use of his expertise, achieved in more than twenty-five years applying mass spectrometry in assorted areas such as biochemistry, biology, and fundamental chemistry to outline a convincing case that will captivate even the more skeptical readers.”—Rodinei Augusti, PhD, Full Professor of Chemistry, Federal University of Minas Gerais, Belo Horizonte, Brazil

“Marcos Eberlin, one of the best chemists in the world today, has written a must-read, superb book for anyone considering what indeed science says of the universe and life.”—Dr. Maurício Simões Abrão, Professor at the University of São Paulo Medical School, São Paulo, Brazil