The proposed sequence of the fossilized remains of the evolutionary ancestors of modern whales has long been hailed as one of the clearest pieces of evidence of evolution in action – beginning some 50 million years ago (Ma) with land-dwelling hoofed animals (Mesonychids) and ending with modern whales. 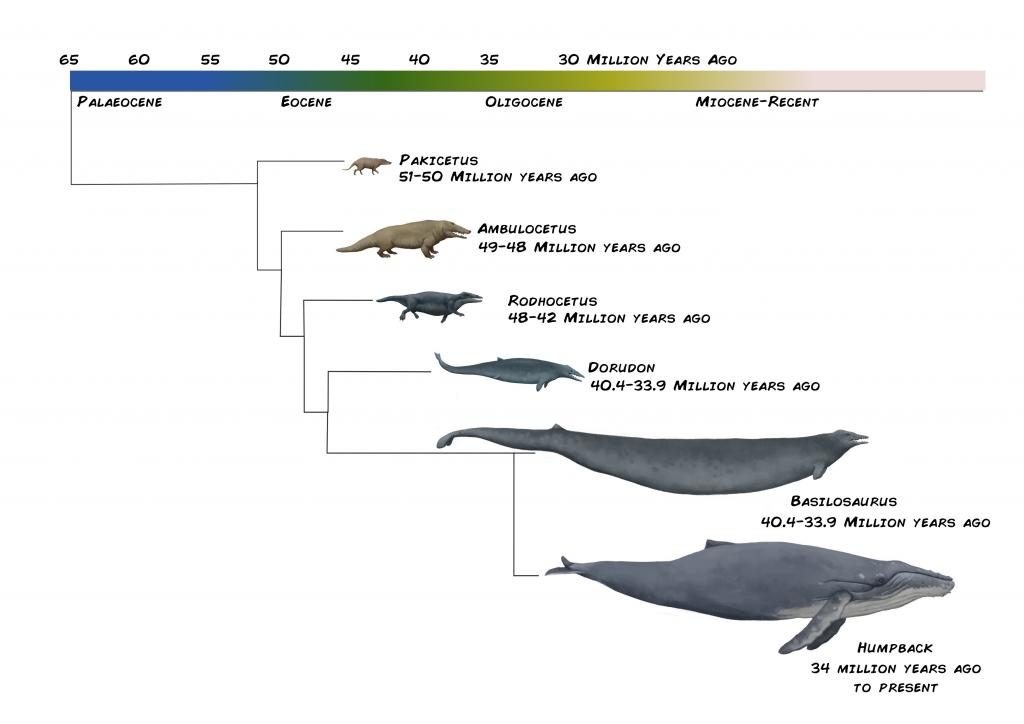 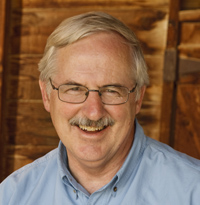 First, let’s consider Pakicetus (pictured above).  In 1983, Philip D. Gingerich published his findings on Pakicetus, arguing for a semi-aquatic transitional form at the beginning of whale evolution (Gingerich et al, 1983).  He based his conclusion and produced his initial reconstruction on very limited skull fragments alone.  Of course, in 2001 Thewissen et al., published their findings of a more complete skeleton of Pakicetus showing it to clearly be a land animal without aquatic adaptations (Thewissen et al., 2001). The commentary on this paper in the same issue says:

“All the postcranial bones indicate that pakicetids were land mammals, and … indicate that the animals were runners, with only their feet touching the ground.”

This is very different from Gingerich’s picture of an aquatic animal! But the evolutionary bias is still strong, with the authors of the 2001 paper describing Pakicetus as a “terrestrial cetacean” and explaining that, “The first whales were fully terrestrial, and were even efficient runners.” But the term “whale” becomes meaningless if it can describe land mammals, and it provides no real insight into how true marine whales supposedly evolved. After all, even the modern hippopotamus is more “whale-like” than was Pakicetus.

Such discoveries shook even Gingerich who said:

Until now paleontologists thought whales had evolved from mesonychians, an extinct group of land-dwelling carnivores, while molecular scientists studying DNA were convinced they descended from artiodactyls.

“The paleontologists, and I am one of them, were wrong,” Gingerich said. (Reaney, 2001)

G. A. Mchedlidze, a Russian expert on whales, had already, back in 1986, expressed serious doubts as to whether creatures like Pakicetus and Ambulocetus, and others—even if accepted as aquatic mammals—could ever properly be considered to be the ancestors of modern whales. He saw them instead as a completely isolated group. He also reported that a number of other well-respected scientists of the day also considered the Archeoceti to be completely isolated groups of animals – having nothing in common with modern Cetaceans or true whales (Link).

So, have all the books been rewritten on this topic?  Hardly. Mesonychians are still cited as evolutionary ancestors of whales in most textbooks today.

But what about the “walking whale” known as Ambulocetus?  – and it’s migratory nostrils? – turning into a partially-evolved blowhole? Clearly, this shows some kind of transition between land animals and true whales, does it not? Well, as it turns out, the actual evidence for the migratory nostrils and the fluke-like tail of both Ambulocetus and Rodhocetus is not based on actual fossil

evidence (see video clips below). These features were simply filled in by artistic imagination after the very limited fossil fragments were put together. Dr. Phil Gingerich admits that he originally “speculated that Rodhocetus had a fluke” and that the flippers were also simply drawn onto the artist’s representation of Rodhocetus – even though none of the pelvic or tail fossils or limb fossils were in hand at the time.  Of course, since this time, the fossil remains of the forelimbs of Rodhocetus have been found – which weren’t flippers at all. At this point, of course, Dr. Gingerich also questions the idea that such an animal would have had a fluked tail like that of modern whales. Also, the “whale-like” sigmoid process of the ear bone of Ambulocetus has also been admitted to be “questionable” – by Thewissen himself (see video clip below). 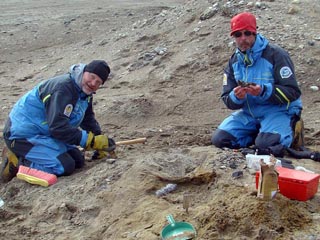 Consider also that in 2011, there was an interesting discovery of an Antarctic whale jawbone fossil – dated at 49 million years old (John Roach, 2011). Previously, the supposed transition was from fully terrestrial ancestors of whales at about 50 Ma to fully aquatic whales called “basilosaurids” at 40 Ma. That leaves about 10 million years for the transition (still not remotely enough time). But this new jawbone find seems to make whale evolution even more rapid than previously thought, compressing the time available to as little as a million years — an unbearable rush even by Darwinian standards (Link)

So, it appears that the proposed whale evolution sequence is just a bit out of order now:

Tell me, where’s the solid science here? All of these animals basically existed at the same time and overlapped each other (see illustration below from BioLogos – Venema, 2017). As with the proposed stories and missing links for human evolution from a common ape-like ancestor (Pitman, 2005), the actual fossil evidence is fragmented at best and best supports distinct and clearly defined populations living at the same time. There simply is no good evidence for a gradual evolution of traits over time with a smooth transition from one type of animal to a distinctly different type of animal. The actual age ranges for the fossils for these various creatures most definitely overlap each other within the fossil record (see 2nd diagram below) – to include a true modern-like whale that is found, essentially, in the same level within the fossil record as Pakicetus. 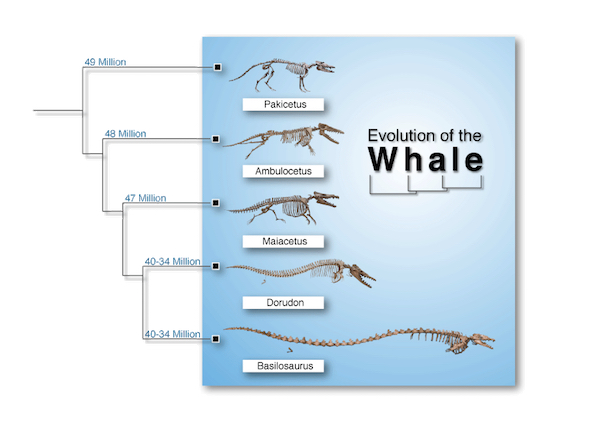 In this light, also consider that:

The equations of population genetics predict that one may reasonably expect two specific co-ordinated mutations to achieve fixation in the timeframe of around 43.3 million years – assuming an effective population size of 100,000 individuals per generation, and a generation turnover time of 5 years (according to Richard Sternberg’s calculations and based on equations of population genetics applied in the Durrett and Schmidt 2008 paper).

When one considers the magnitude of the engineering fete, such a scenario is found to be devoid of credibility. Whales require an intra-abdominal counter-current heat exchange system (the testis are inside the body right next to the muscles that generate heat during swimming), they need to possess a ball vertebra because the tail has to move up and down instead of side-to-side, they require a re-organization of kidney tissue to facilitate the intake of salt water, they require a re-orientation of the fetus for giving birth underwater, they require a modification of the mammary glands for the nursing of young underwater, the forelimbs have to be transformed into flippers, the hindlimbs need to be substantially reduced, they require a special lung surfactant (the lung has to re-expand very rapidly upon coming up to the surface), etc etc. (Jonathan M, 2011).

Again, here’s a few of the complex adaptations that would have had to evolve within a million years or so to turn land animals into whales: